I’m sitting here in Melbourne, watching Roe overturned in the Supreme Court, just few blocks from where I lived. Now…

I’m sitting here in Melbourne, watching Roe overturned in the Supreme Court, just few blocks from where I lived. Now that I’m here in Australia, there is a sense of relief, that as a woman I do not have to worry about my rights to my body and neither will my daughter. And as my daughter grows up here, she will not have to train for active shooter drills in school. I will not have to worry about gun shooting in her preschool. I left my home for 20 years, which is a country of gun care and health control. Today, two of my girlfriends from the US messaged, asking me about the migration process to Australia. 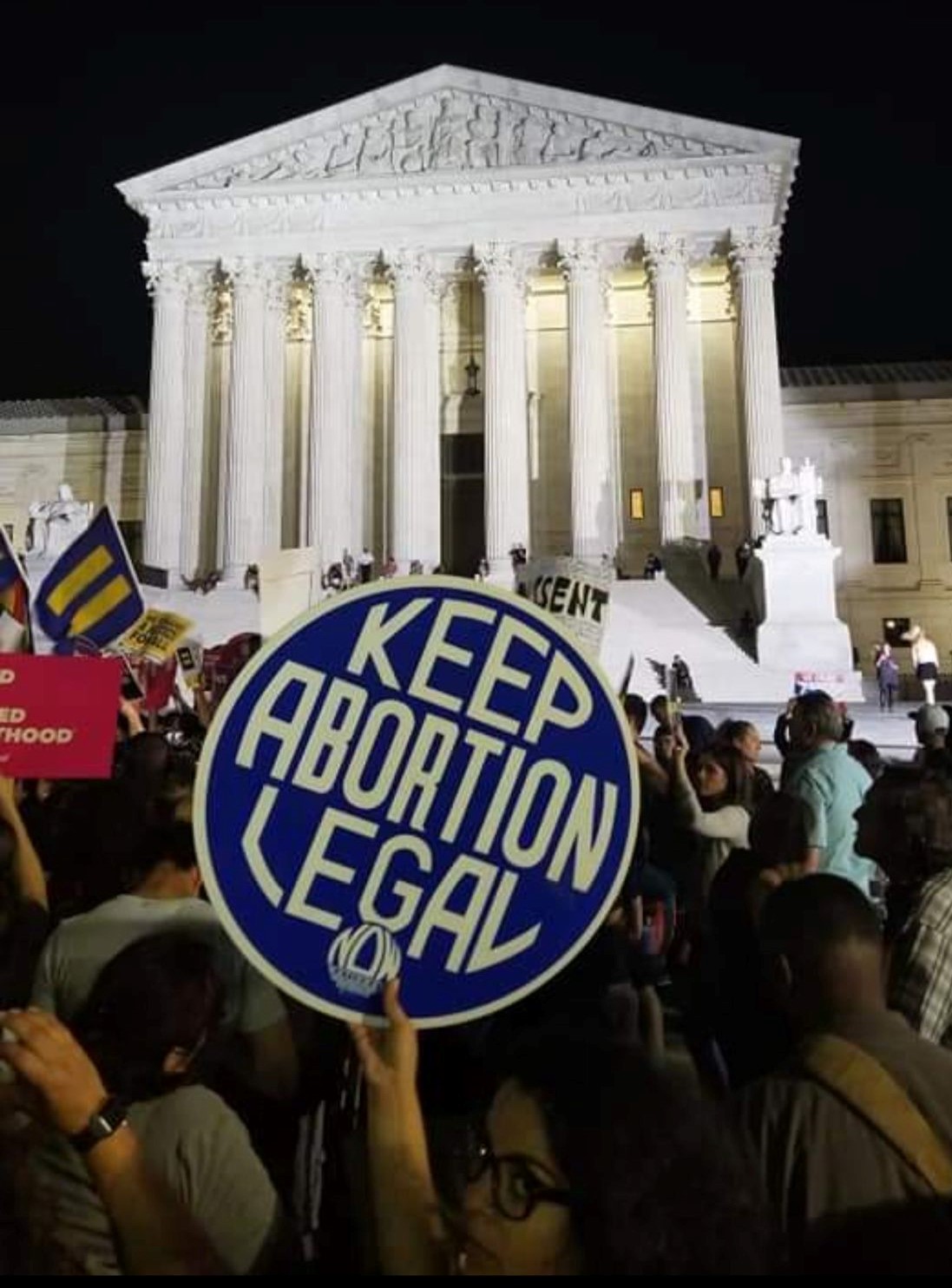 About a dozen of my facebook friends, who are moms, parents and women, posted something about considering living elsewhere. Of course, we are the privileged community, who can afford to think like this and leave the US. The truth is women of colour and marginalized communities have lacked access to abortion long before this overturn. Overturning Roe is much anticipated and YEARS in the making. Everyone who protested at the front steps of Supreme Court, when Kavanaugh was nominated back in 2018, knew that this day would come. But the anger is still valid. The grief is real.

We’re not going back before Roe v Wade, the legal ramifications of overturning Roe can be way worse than that! If fetus is a person, then legal framework can be invented to classify IUDs, the morning-after pills, unsuccessful IVF, as instruments of murder. Laws like Every Mom Matters Act in Arkansas (6 other states have or proposed similar laws) are already requiring a database from abortion providers to register women who seek for abortion! Women are now telling women to delete their digital trace of menstrual tracking so states can’t get any record. Gilead much?What people don’t realize is that 6 in 10 women who have abortions are mothers, half of them have one or more children (Guttmacher Institute and CDC 2019 report). It’s already hard being a mom in America, the country is built on failing its primary caregivers – none of the atleast 23 states which are banning or restricting abortion offer decently paid maternity leave or child care support. I worked for the US Federal Government and I had no paid maternity leave. I had to use up all my annual leave and sick leave just to get a little over 1.5 months of paid leave, and the rest was unpaid. This is laughable to rest of the developed world.

For many years, I’ve advocated for abortion by using rape cases and tip toe around talking to anti-abortion religious communities. I’m going to start normalizing the word abortion from now on. This isn’t about rape, we shouldn’t even have to go that far to defend our bodies. As a mom, I need to normalize the entire experience of birth when we actually want and CHOOSE to have a baby! It’s not pretty pictures of newborn babies! Behind that perfect scene, there are women going through sometimes 9 months of morning sickness (not even counting IVF moms who go through worse), hours of intense unimaginable painful labor, bleeding buckets of blood during birth, stiches in our vaginas or c-section that take months to recover, post-partum depression, trauma triggers, the list goes on. All this is when we CHOOSE and want to have a baby and it’s still incredibly, exhaustingly hard. If a women doesn’t want or choose to have a baby and is forced to go through birthing, this is downright torture. The psychological impact this can have on a mother, child, family and an entire community – well all you have to do is talk to counselors and therapists in your community or just look deep within your community. Since hopelessness is a strategy to disempower us, I really want to have an optimistic take on overturning Roe v Wade – so to the anti-abortionist movement and the political parties who are using babies and families to take power and control over women – I refuse to call you pro-life. You’re not.

The nurturers of this world are pro-life! You can never stop abortion – mothers and women have a silent support system long before you existed and will continue to exist to take care of each other, support and respect each other’s decisions despite our differences. Go to any FB mums group from any country or city, or any whatsapp group of women and mammas. We know better than depending, relying on patriarchal men of power, society, and government. Below are pictures from various marches in D.C. from past lives – Women’s March, March For Our Lives, Kevanaugh protest etc.. These posters that we marched with are now framed in our home in Melbourne, hoping they will never be used again in this country. But if they ever need to be used, I will empower my daughter to know her God-given right to her body and teach her to fight fiercely.

Abortion Band in US multiple state’ the exemplar of patriarchal men of power, society, and government.